“One Thousand New Accounts Added Each Day” was what the banner and narrator proclaimed at the end of the eTrade commercial I saw while watching the Super Bowl this past Sunday.

Why do you think they put that fact in there?

How does it make you feel?

Is it a scarcity tactic or a social influence tactic? Or is it a little of both?

Scarcity is when there’s not much or many of an item. Sometimes it’s a false limit, other times it’s real. eTrade is not going to run out of accounts, yet for a fraction of a second I felt that urge to get one… I hate to be the last one in on a good thing. But that statement in and of itself is not aimed at the scarcity target – at least not directly – it’s more stealthy than that.

Social Proof is following the crowd or herd. It’s seeing testimonials and happy customers and becoming a customer yourself. I’ve never been one to follow the crowd, but if a thousand new accounts are being created each day, they must be doing something right… maybe I should sign up… the 1000 accounts statement is more of a social proof trigger, but again, this ad has more up it’s sleeve than meets the eye! Keep reading…

Babies!
I like the babies that they use in the commercial… it’s entertaining, especially if you have children, yet it has a subtle, powerful, psychological message. This “hidden” message plays right into the “One Thousand New Accounts Added Each Day” tag at the end of the ad and exponentially increases the overall effect of the commercial. Do you know what that hidden, subtle message is? It’s that if you don’t have an eTrade account, you’ve already missed the boat. It’s too late. You’re too old. You’re already behind. Even babies have eTrade accounts and are trading stocks. Heck, the smart ones are probably trading options!

How does your subconscious decode and interpret this sideband message? It urges you, with a little anger and frustration to sign up for an account. It even makes you feel a little stupid if you DON’T have an account yet, if you’re not investing and trading yet.

Amazing One-Two Punch!
They set you up with the babies subconsciously telling you that you’ve been passed by and then hit you with the number of other people signing up for accounts each day at the end of the ad. A good one-two combination punch! If you don’t feel the pull of this ad then something’s wrong!

P.S. How does this compare with the flood of Internet Marketing product ads that I receive in my inbox each day? Not even close. Most of them use sledgehammer scarcity and social proof tactics. I delete most of them before I even read them. It’s unfortunate. 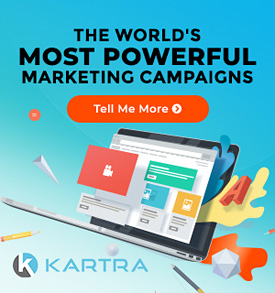