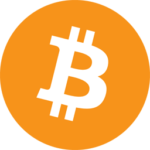 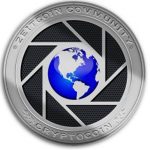 Bitcoin has been in the news a lot. If you’re in Internet Marketing and you don’t know what Crypto Currency is all about, then you’re missing something. If you’re interested in making money, then you should keep up with this stuff!

There are a lot of different crypto currencies. Some such as Bitcoin are worth a lot per coin, and others are worth only a fraction of a cent.

You may ask, how does one get these new crypto currencies? There are several ways: you can buy them via an exchange, you can buy them on eBay (not generally a great idea as you’ll pay too much), you can get them as a donation via a button like I’ve added, there are even sites that you can go to called “faucets” that will just give you a few (or a fraction depending on value of the coin), or, you can mine them. Yes, mine as in an analogy to digging in the ground for gold, sliver, and other precious metals.

Mining for crypto coins involves solving a complex mathematical problem for a block of transactions.  Miners are computers or specialized ASIC chips running mining software.  The first miner to successfully solve the problem gets to add the block to the blockchain and gets a reward or payment.  The blockchain is a linked chain of blocks of transactions that is distributed to all the PCs/computers worldwide running the particular coin’s full wallet.  So it’s better to think of a miner as keeping a ledger vs digging in the ground.  The amount and specifics of the reward and payment are setup when the creator of the particular currency creates the coin. They set forth how many coins will be “produced” and the frequency of distribution, etc. You mine with your computer. Most of the coins are use algorithms that require intensive math and that math is performed on your video card. You have to have a “discrete” or “add-in” video card, not one built into your motherboard. The ATI/AMD based video cards seem to work better for most mining, but you can use others I think. This process generates a lot of heat – especially if you load your system up with multiple cards and over clock everything. You don’t use your laptop for this either – it’s’ a good way to fry it.  Some currencies, such as Bitcoin, use algorithms that work well with ASICS (specialized processors) and some use algorithms that do not and require you to use a PC.  Most currencies have a decreasing reward (for example it may half every 4 years) until all the coins that were destined to be created have been created.  After that, miners will only receive payment for processing blocks of transactions.  What I’ve described is called Proof of Work (POW), there are other scenarios, for example Proof of Stake (POS) that rewards coins based on amount and age of the coins in your digital wallet.

See my post How to Safely Buy Bitcoin, LTC, Ethereum, and Altcoins for additional information.